How to Smooth Out the Curves - Understanding Digital Image Filtering

In a previous post, I discussed the physical interpretation of digital music (and all digital audio) as both a time-varying signal and a frequency-varying signal. This, of course, makes intuitive sense - as we spend three or four minutes listening to a song, we can hear the guitars and horns coming in and fading out, a singer intone the chorus of a song, etc. At the same time, we appreciate the frequencies changing as well — the singer hitting different notes, the instruments forming different chords. Understanding the time and frequency behavior of auditory information is fairly intuitive - in fact, one could even argue that visualizing the frequency-based content is more informative than visualizing the time-based content.

Preface: How Do Digital Images Work?

You can feel free to skip this section if you’re already familiar with how digital images are stored and represented on a computer. If not, don’t worry — it’s pretty straightforward.

Digital images, which is to say bitmap images, are fundamentally composed of pixels. (Bitmap images should not be confused with vector images, which are not composed of pixels.) Pixels are simply little boxes containing some combination of colors placed into a grid; when viewing a grid of several hundred, several thousand, or (especially today) several million at once, the pixels taken together appear as an image. (For you artists, this is exactly analogous to pointillism, except with squares instead of dots.) 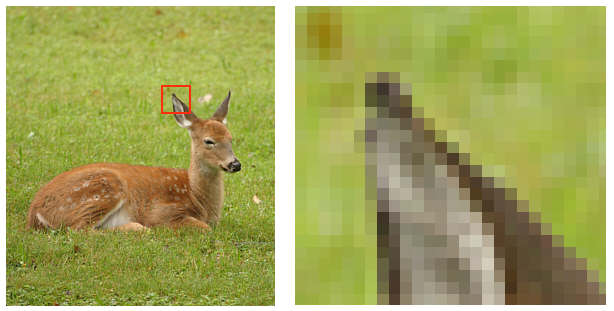 Black and white images, which are simpler to think about and store, are basically a grid of values, with the value in each element in the grid representing a color. The purest black is the value 0, the purest white is the value 255, and every whole number in between is a shade of gray. (Color images are a bit more complex - they use the same 0 to 255 scale grid, but they use 3 grids each measuring Red, Green and Blue values. Each pixel is then the depiction of the combination of Red, Green, and Blue at the corresponding location in each grid. We can discuss the basic concepts of imaging without worrying about color.) When a computer displays any image, it checks each pixel value and displays the corresponding color. However, the images are still fundamentally a grid of pixels.

The fact that digital images are composed of these myriad discrete, uniformly distributed elements (pixels) is very important because these elements of color and shade can be understood as approximations of a whole image. In fact, this is what is meant by a digital image — the image contains digital data (digital meaning containing a series of discrete and finite-values); these digital data comprise the digital image.

The concept of a time-varying signal really isn’t too hard to understand. At every time, there is a value, and the value varies over time. Hence the name. And that’s it.

Space-varying signals may sound bad, but they’re actually not much different than time-varying signals. The main difference is in the physical meaning of the signal — everything else is exactly the same.

Actually, it’s a little more complex than that. Because there’s both a row and a column needed to identify a value in an image, images are actually varying in two dimensions at once. This is a bit more advanced than our time-varying songs, which only vary in time. Nevertheless, both conceptually and physically, they each operate exactly the same way. This is immensely useful because the techniques which worked on music will also work on images, although with a different meaning.

What is the Frequency of Space?

At the time, I mentioned that much of the finer details of music is contained in the upper frequencies of a song, without going into too much depth. This is an appropriate time to expand upon that concept.

The physical/mathematical meaning of frequency is the rate at which some repetitive event repeats itself. (For example, a birthday has a frequency of once a year, but the 31st day of the month has a frequency of 9 times a year.) An important result of mathematics states that not only is it possible, but it is also meaningful to generalize that statement to say that even events which never repeat have frequency. The correct interpretation of frequency then becomes how quickly something occurs, rather than how often it repeats. This generalized definition does not contradict the previous definition — repeating events also have a frequency; the slower the rate of occurrence of an event, the lower its frequency. Emphasis on “rate”.

Believe it or not, this approach to understanding frequencies actually allows us to interpret images as having frequencies. Recall that an image is fundamentally just a grid of values, and frequency is how quickly something happens. What if I said frequency is the rate at which adjacent pixels spike in value? A slow change in values across several pixels would have a low frequency because it happens slowly, and a rapid spike in value across only a few pixels would then have a high frequency because it happens quickly. Of course, we would have to measure these frequencies in two dimensions, because the original image was also defined in dimensions. Nevertheless, we have discovered a powerful technique.

With our broader understanding of frequency, we can begin to apply frequency- domain techniques to images. Perhaps it is best to start with an example. Below is a black-and-white of the famous PG-version image of Lena from November 1972, and below that is a low-pass filtered version of it. 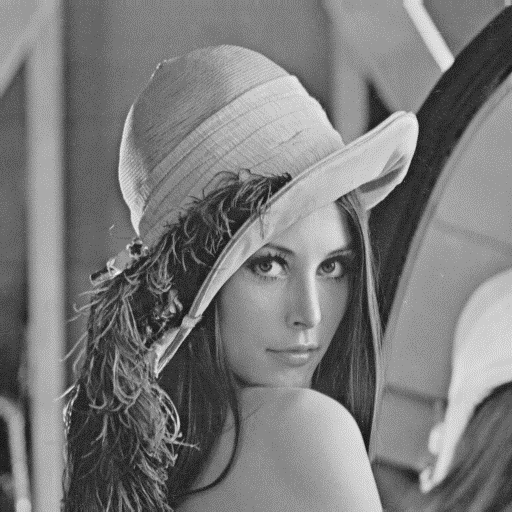 At first glance, the lower image appears badly blurred – and it is. Much of the detail has been lost. However, take note of how smooth Lena’s skin in the filtered image is, and how soft the edges in the picture are. These effects are created by the filter. Low pass filtering remove the high frequency components of an image. As explained above, the high frequency components are rapid and extreme changes in value between nearby portions of pixels. Therefore, the low pass filter removed things like the borders between objects and skin imperfections, which have large local differences in pixel value. Think of it as smoothing out the image. 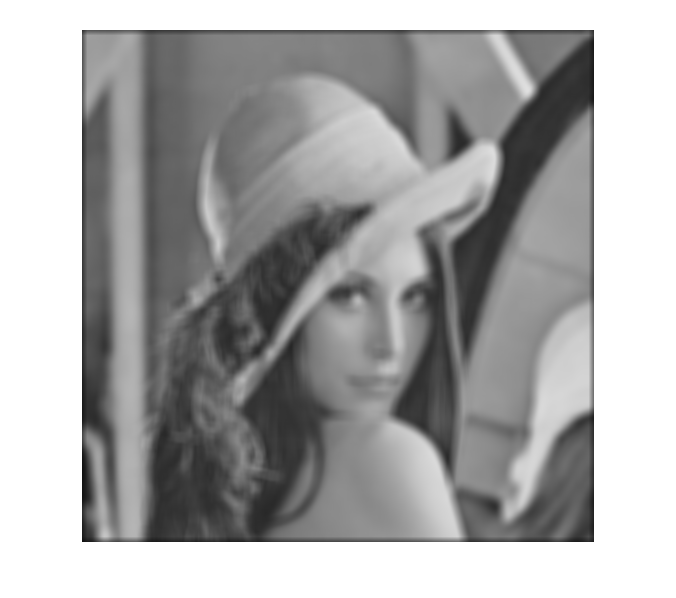 Although the filtered image shown is an extreme example, this technique is actually a standard in a Photoshop user’s repertoire. For instance, judicious application of low-pass filtering to select portions of a picture of model’s skin, for instance, goes a long way in creating the illusion of having flawless skin.

There are many more applications of image processing than shown here, a great deal of which require more advanced mathematics than I care to show here. However, I hope I have given a taste of how a strong understanding of the physics of digital images and audio allows us to enhance things to be more to our liking.