Around February, a friend told me that the extremely popular (and award-winning) “Overwatch” video game was on sale for Chinese New Years. It was available at something like half off, so I picked it up and decided to try it out. This is essentially my first purchase of a video game that could be considered an FPS, a shooter, and a “Team Fortress” style objective-based unique character-driven map. Here are my thoughts on it in brief.

I Am Not Good at Shooters

I’ve never really owned a shooting game before Overwatch (and Overwatch isn’t even a hardcore shooter at that). Although I’ve played a little bit of Halo or Crysis in the past, I’ve never owned those games, and so I don’t have killer instincts when it comes to shooters.

The nice thing about Overwatch is that amazing aim isn’t a requirement for playing (although lack of it will limit viable hero selection and counterplay). You probably should not play Widowmaker/Hanzo if your aim is terrible, but you can do reasonably well at most of the other heroes with only average aim. (The challenge becomes when facing down a top-tier sniper on defense without having stellar aim yourself; they can pick you off halfway across the map as soon as you leave cover, turning the match into a bit of a Spy vs. Spy situation).

Characters are Fun and Diverse

It’s nice that Overwatch features (primarily) human champions from a variety of backgrounds and cultures. It keeps the game interesting and also helps avoid the same tropes reappearing with every new release. Some of the cooler themes on characters are:

The first thing I’d like to point out here is that most of the heroes have completely different weapons and abilities:

Many characters have quite a bit of depth will a high skill cap, which keeps things interesting. Characters can also we swapped mid-match in a resurrection point (after a player dies or if they return to a checkpoint).

Some of the characters can be a little hard to play correctly:

Overwatch generally does a good job at balancing heroes, but some of them, like Roadhog (although he’ll be nerfed soon), are just incredibly strong at instant-killing, and are very difficult to play around. 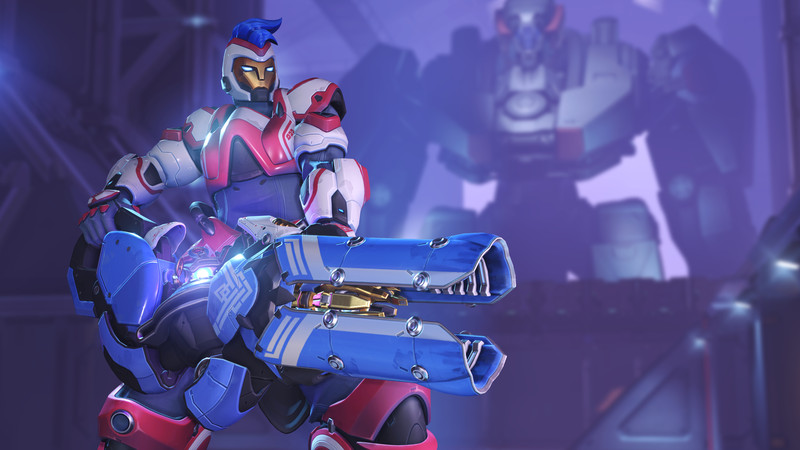 Once you’ve purchased the game, you will for all time have access to every character the game currently offers and will ever offer. (Compare that with, say, League of Legends, where nobody is consistently free and you would essentially need to drop $5 every few months to keep up with newly added characters if you wanted access to them.)

What the game does offer to keep things interesting is a novel take on a loot box system:

Although they make no practical difference to the game, collecting and seeking to display the skins with the custom highlight intros is fiendishly addicting. My favorite clip that Blizzard has released is below.