On July 4th, I jetted over to B&H to pick up a new(ly used) camera. I walked out with a Fujifilm X100T mirrorless point-and-shoot camera. This is the story of how I chose that camera, and how I feel about it a few weeks later. 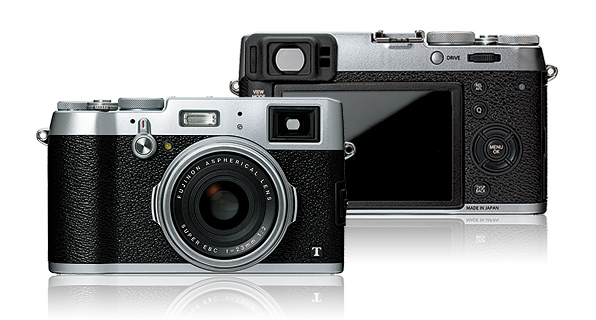 with me staying up until 4 o’clock in the morning one Saturday night. What had begun as an innocent review of my family photos perversely devolved into a compulsive episode of researching cameras with which to upgrade said family photos. Those family photos were recorded almost exclusively with the iPhone 5s and iPhone 6; yet, once printed, the quality left quite a bit to be desired.

Long story short, I resolved to look at cameras which could fundamentally be used as drop-in replacements for my smartphone camera; cameras which are portable, light, fast, usable by lay-people, but yet which produce better results than even the best modern smartphone cameras. Part of my motivation is that I don’t want to pay for an entry level point-and-shoot camera which is inferior to a smartphone camera within its own niche. I still have an old Canon PowerShot SD1100 IS from circa 2008, and to be honest, although it had decent optics, its straight-out-of-camera pictures are universally inferior to what my iPhone 6 produces, in nearly every situation.

With that said, my criteria for a camera were:

After surfing the net, reading some Ken Rockwell and Digital Photography Review, my final list consisted of the following cameras:

With these cameras in mind, I journeyed to B&H bright and early that Independence Morning to size up the cameras in person. These are my in-store impressions.

The RX series is one of the most outstanding high-end point-and-shoot cameras out there. The aperture can result in some outstanding portraits and its zoom makes it surprisingly versatile as an ultra-portable portrait camera.

However, in the store, I wasn’t thoroughly impressed with the photos that I was seeing on the LCD. (I know, the LCD displays aren’t always the best, but short of taking the camera home, that’s all I had to go by.) That’s not to say that the photo quality was bad. I thought it was fairly accurate. But I preferred the images generated by the Fuji(s) and Ricoh.

The GR series is a small but powerful competitor to the Sony RX series. The size and weight are very similar to the Sony, but with far more flexible aperture than the Sony (as well as a much more svelte interface and in-hand feel). I found the pictures it took to be quite pleasant, and definitely would recommend this to friends. However, I passed in favor of a Fuji.

The Fuji X70 cost about $100 more than the Ricoh, and is slightly less portable (in that it doesn’t fit into the average pocket). However, it has a fully articulating LCD display and more knobs and dials than either the Ricoh or the Sony (which appeals to my engineering background). Somehow, almost all the JPG’s out of the camera have amazing color balance and softness for shooting portraits (while still doing a decent job at shooting in other day-to-day situations and macro).

Although I liked the overall package and value of the X70, I ended up splurging for the X100T (used), the big brother of the X70. Although the X100T doesn’t have an articulating LCD display, it has a larger sensor and an optical viewfinder which appeals to the way I “grew up” taking photos. This wouldn’t have been an easy decision had I not meticulously looked up opinions by Kevin Mullins1, a British wedding photographer, and Paul Carmody2, a British street photographer. I ended up choosing the X100T because I liked the idea of shooting 35mm (equivalent) and having an optical viewfinder.

I should preface this technical review by disclaiming that I’m a hobbyist who probably over-indulged in his eagerness to get back into photography. All opinions are my own, formed after some discussions with friends and a few weeks’ use.

It’s been about five weeks now that I’ve had this camera. I’ve been taking it with me on my daily commute several times a week; recorded some family outings; shot a friend’s holiday party; created momentos of some work outings; and taken it on a trip across the country. I wouldn’t dare say I’m an expert with this camera, but I believe I’ve put it through its paces as well as I could expect.

The image quality out of this camera is generally very pleasant for casual portraits, family functions, and even street photography. The lack of an optical zoom mandates/promotes a more intimate photography style marked by approaching subjects and filling the frame with them. In turn, this camera rewards the intimacy with well-balanced, people-friendly photos, without much effort at all.

The aperture range from f/16 to f/2 permits a fair amount of shooting flexibility, such that candid scenes can be made as easily as portraits. And the large aperture enables decent shots to come out even in soft-lit indoor spots (like bars), while the ISO looks reasonable up until 3200.

On the other hand, at f/2, softness can creep into shots, so it can sometimes be worth taking a hit on the noise with a higher ISO to avoid getting too much softness in shots with the large aperture.

The JPG quality straight-out-of-camera is jaw-droppingly good. There’s something viscerally satisfying about cold-approaching someone on the street, asking to take a portrait of them, and instantly showing it off. It’s hard to imagine any other camera taking such consistently good portrait shots with such little effort. Even in “tough” situations with poor lighting or tricky dynamic range, the camera processor will often thread the needle and choose reasonable contrast, noise reduction, saturation, and dynamic range, to quickly produce a JPG which meets the bill. Even more striking is how difficult it can be to reproduce some of the tricks the JPG engine is producing, even with the RAW files3

The RAW files produces by the Fuji seem workable enough, although some caveats do seem to apply:

One of Fuji’s claims to fame (which predates me by a decade or three) is its rich film heritage. Fuji has done a good job providing some film simulation presets for the JPG files produced, allowing the rendering of some presets (like Instagram filters but not repulsively overdone) using the RAW sensor information. Reviews online cover the salient details, and I’ll add/repeat my two cents here:

I’d say that the macro shots that this camera are objectively respectable, and for the size of the camera, exceptionally good. While they won’t compete with images produced by full-frame cameras, they can definitely hold their own. 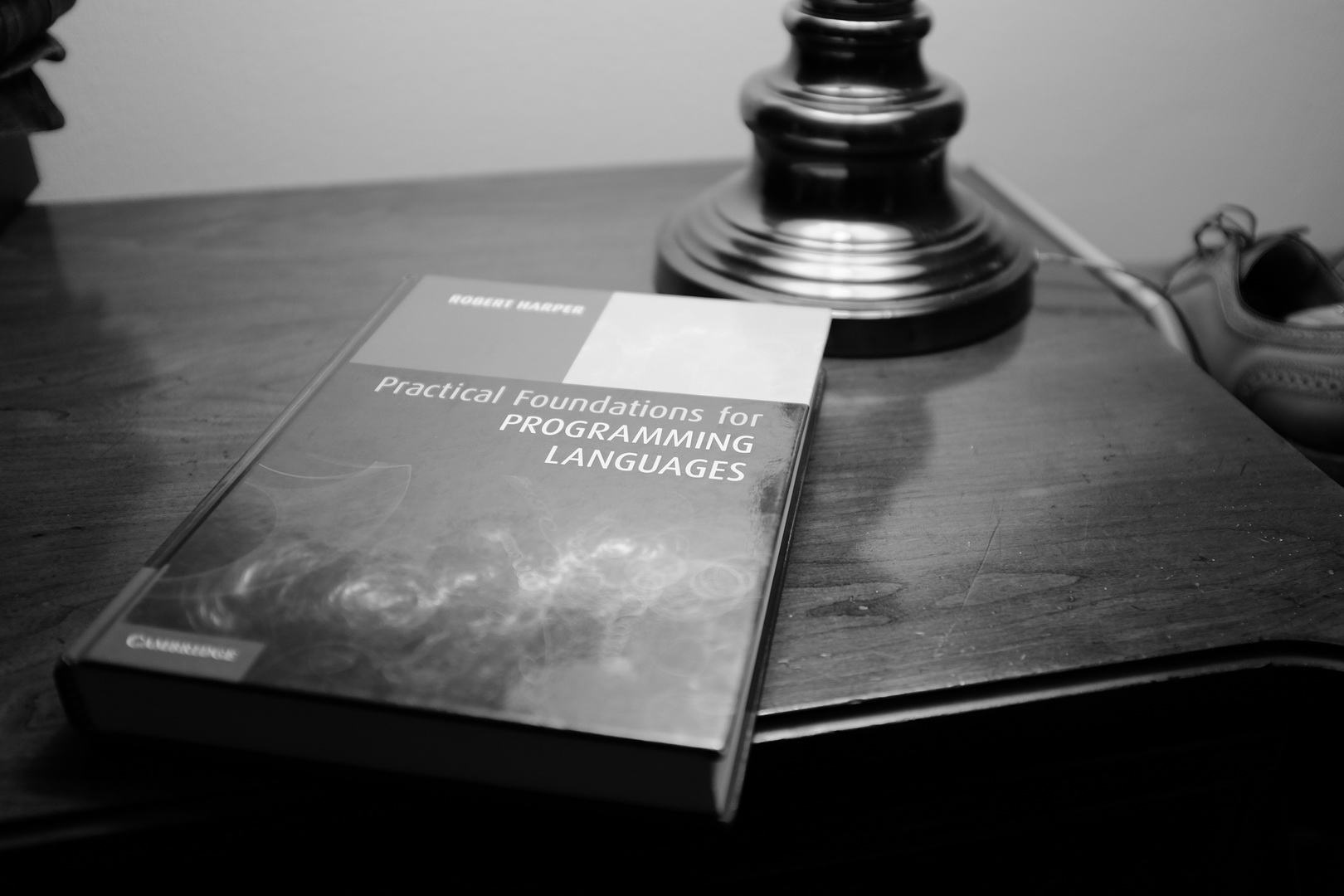 This camera has a nice feature which does not exist on DSLR’s, called “contrast peaking”, a nifty technique wherein the camera takes the digital image and superimposes bold-colored lines upon a B&W cropped foreground preview for the contours of objects which are estimated to be in focus by the camera sensor. Although this sometimes breaks down in poor lighting, the utility is extremely handy, and produces results which simply are impossible with smartphone sensors.

In my limited time with it, this camera has produced some incredibly strong pictures (especially portraits and macros), but also sometimes performed questionably in situations where it should have had an easy time. I’ll try and break down some of the holistic features and failures of the camera, as I see it.

The first thing anyone notices about this camera – indeed, for many, its primary draw – is its charming retro look, which cleanly juggles old-school aesthetics with modern features.

Although some might dismiss the facade as gimmick, it ironically is itself a feature. Nobody on the street or at parties that I’ve met (who isn’t themselves a photographer) has realized that this is a modern digital camera, and not an ancient film shooter. The innocuous appearance and charming facade disarms people, making them more relaxed and receptive than they’d be for an alien, weapon-like telescoping DSLR.

I was recently wandering around the Pike Place market in Seattle before dusk, attempting some street photography. Once there, however, I realized that quite a few people were lounging about enjoying the sunset, and that I had an opportunity to cold-approach some soon-to-be friends for portraits. Not one person declined me, and some even struck me up in conversations about photography and cameras! Rather than throwing up a wall between us, the camera’s facade tore one down!

This camera is a true dynamo and I obviously bought it with the express purpose of having it with me wherever I went and whenever I felt like shooting. It’s small enough to fit into any bag (but not most pockets), and I can easily fit it into a bag or suitcase without having to sweat the room and weight it occupies.

A major reason for purchasing this camera was its preponderance of quick-access controls for the savvy photographer (or me). I love that it has analog dials for aperture and shutter speed, which help me quickly adjust to changing light or environments without digging through menus. The manual focus dial on the lens is also a nice touch for macro shooting. There are seven user-programmable function buttons, some of which are more necessary than others:

More than once, however, I’ve noticed that the camera can struggle to figure out where to focus, even with face detection on. I’ve experimented with and without facial detection, and either way, the camera seems to miss more often than it should. Perhaps I simply need to pre-expose every single portrait, but I would assume that in certain circumstances, the camera should be able to figure out who is the subject and focus on them.

The reviews online complain about the poor video capture here, and they’re right, this is definitely not a strong suit of this camera. I attempted this a couple of times while at the Jazz Alley in Seattle, and had iffy results both times.

A nifty jazz band was doing covers of Al Green, and knowing someone special who would enjoy the performance, I attempted to record a brief video of it. Although the audio came out fine, the camera kept hunting for the focus point. Over the course of the video, the autofocus adjusted itself a couple dozen times, losing track of the band each time, sometimes until the next adjustment!

Thankfully, a home video recording of a sopng cover is not a cherished memory which requires high fidelity video recording. But the experience does not inspire faith. If I had to choose between using this camera to shoot photos or video of a cherished moment, I’d choose photos hands down every time. (And that’s okay! But be forewarned if you attempt to record video.)

Now that I’ve had the camera for a few weeks, I think I know it fairly well. I’d say that in my situation and circumstance as a hobbyist knowledgeable in the generalities of photography exposure and keen on a generalist travel camera, this camera fit the bill and then some. However, I definitely wouldn’t argue that this is the best camera out there, and certainly not for a budget-constrained photographer.

Recently, some others asked me for my (poorly informed) opinion on good cameras for travelers or general family photography. To them, I’d say this: